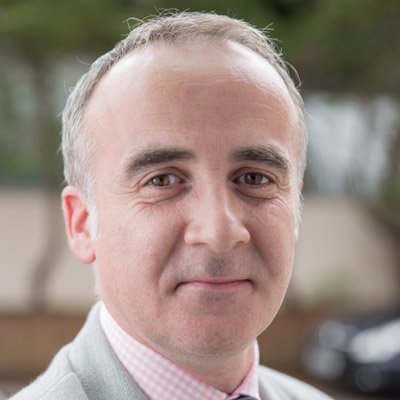 Alan Gillespie joined ShinAwiL in 2010 as Head of Development. Alan holds a BA Hons. Degree in Media Production with Journalism and oversees the development of content in the Dublin and Belfast offices across all genres.

During his tenure Alan has increased ShinAwiL’s output in Entertainment programming and expanded the brand of ShinAwiL into other genres. Notable commissions include, ‘Dancing with the Stars (Ireland)’, ‘The Voice of Ireland’, ‘MasterChef Ireland’, ‘The Obesity Clinic’, ‘Undercover NI’, ‘Get the Numbers, Write’, ‘Bressies’ Teenage Kicks’, ‘Along Home Shores’, ‘Peak Performance’, ‘Tested on Humans’, ‘Home of the Year’, ‘What Are You Eating’ ‘Gift from Death’ and ‘Meet the McDonaghs’.

Set up in 1999 specialising in entertainment, factual entertainment, live event programming and now scripted drama, ShinAwiL is one of the largest and most successful independent production companies in Ireland.

In 2009 ShinAwiL Ltd. opened its first UK office and 2012 saw its first BBC NI commission, Undercover NI. 2015 will see ShinAwiL consolidate its UK base by opening a London office.

ShinAwiL is the production powerhouse behind some of Ireland’s biggest entertainment series’ including ‘The Apprentice’, ‘Dragons’ Den’, ‘MasterChef Ireland’ and most recently ‘The Voice of Ireland’.

The latest development is the move into original Drama production to mirror Screentime in Australia’s massive success in Drama. As well as dominating the Irish market by producing large-scale international formats, ShinAwiL has also created original formats. ‘Soccastars’ was licensed in Portugal, Turkey, Malaysia and 7 Middle Eastern States while ‘Rising Stars’ has been licensed to 8 countries in the Caribbean Basin. ShinAwiL is currently in development on original factual entertainment series’ for the UK and US markets.