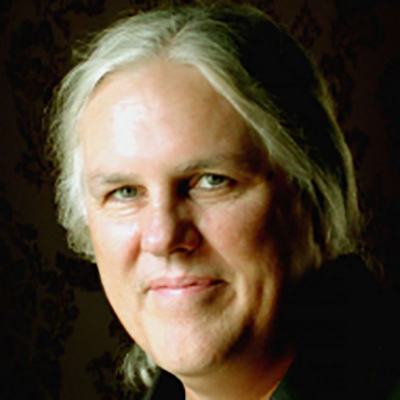 Curt Hahn was born and raised in New England. He discovered architecture as a student at Phillips Exeter Academy and enrolled in architecture school at Washington University. Filmmaking was his other passion and after attending UCLA’s summer session in film production, he was awarded a full scholarship to film school at the Disney-endowed California Institute of the Arts. After getting his BFA in Film from CalArts, Curt moved to Nashville and founded Film House.

Film House has grown to become the largest film production company in Tennessee, based in its 40,000 square foot studio, editing and office facility. As CEO, Curt leads a team that produces hundreds of films and TV spots annually. He’s directed such performers as Eric Roberts, Candice Bergen, Teri Garr, Janine Turner, Garth Brooks, Kate Jackson, Amy Grant, Isaac Hayes, Reba McEntire, Shaquille O’Neill and Shania Twain. Curt’s a long-time member of the select International Quorum of Motion Picture Producers (IQ) and served as IQ President for two terms. IQ is an invitation-only organization of some of the world’s top filmmakers. Curt has also been honored to be selected to the 2011 class of Leadership Nashville and has served on the Downtown Presbyterian Church Corporation for many years.

Transcendent, a subsidiary of Film House, produces independent feature films. Current projects are “Jubilee”, based on the remarkable true story of Ella Sheppard and the original Fisk Jubilee Singers who introduced the Negro Spirituals to the world, and “Deadline”, which was recently released in theaters nationwide. “Deadline” stars Academy Award nominee Eric Roberts and Steve Talley as reporters investigating the murder of an African American youth in rural Alabama that has gone uninvestigated, unsolved and unpunished for almost twenty years.

Curt wrote and directed Transcendent’s first feature film, “No Regrets” starring Janine Turner and Kate Jackson. “No Regrets” has been a worldwide success, with repeated airings on HBO in Europe, Lifetime Television domestically, Hallmark in the U.K. and in dozens of other countries around the world. Next Transcendent co-produced “Two Weeks” starring two time Academy Award winner Sally Field. “Two Weeks” was released theatrically by MGM across the country. Transcendent produces inspiring, uplifting films; meaningful stories that speak to the heart.

Film House has won over 150 Telly and CINE Awards.

Founded in Curt Hahn’s spare bedroom in 1976, Film House has grown to become the largest film production company in Tennessee and the largest producer of films for the U. S. government. Headquartered in our 40,000 square foot studio, editing and office facility in Nashville, the Film House team produces hundreds of movies and TV commercials for clients from around the world annually. The reason for our success is simple – Film House is a customer-focused company that delivers world class quality at a remarkably reasonable price.

Film House first made its mark creating and producing TV commercials to promote radio stations, quickly becoming the worldwide leader in this specialized niche. From the classic Sing-A-Longs, to the perennially powerful Direct TV® Birthday Game campaign, to groundbreaking celebrity spots featuring Teri Garr, Janine Turner and Candice Bergen, we’ve helped the world’s great radio stations market themselves on television in markets from Los Angeles to London, Seattle to Stockholm, New York to New Zealand, Boston to Budapest. Each Film House campaign is crafted to meet the client station’s unique marketing goals and get results where it matters – in the ratings.

In 1998 Film House won the largest contract awarded by the US government for film production. After an exhaustive six month bidding and vetting process competing against the top film production companies in the country, Film House was selected to create and produce hundreds of TV and radio spot announcements annually for the American Forces Radio & Television Service (AFRTS). We’ve been re-awarded the AFRTS contract each year since. Now we’ve been selected to produce the largest single project in Film House’s history – the film and audio for the immersive theatrical environment on World War I for the new National Museum of the United States Army.

Film House also produces a great variety of long form work for corporate clients from Coca-Cola to Texas Instruments and non-profits from Vanderbilt and Fisk Universities to Habitat for Humanity and Second Harvest Food Bank. Film House documentaries have won awards at film festivals around the world. Currently in production is a feature length documentary on the amazing and influential life of Huddie Ledbetter, better known as Lead Belly, king of the 12-string guitar. We’re particularly proud of our pro bono work for many non-profits including the Red Cross, the National Kidney Foundation and the American Cancer Society.

Transcendent, a wholly–owned subsidiary, produces independent feature films and partners with The Panda Fund to release them theatrically. Our current projects are “Jubilee”, based on the remarkable true story of Ella Sheppard and the original Fisk Jubilee Singers, and “Deadline”, starring Steve Talley and Academy Award nominee Eric Roberts as reporters investigating the murder of an African American youth in rural Alabama that has gone uninvestigated, unsolved and unpunished for almost twenty years. “Deadline” was released in theaters nationwide earlier this year and is now available on DVD/VOD on Amazon, iTunes and from your cable provider. Save $2.00 off each item by using the coupon code FRIEND when ordering “Deadline” DVDs, Blu-rays, posters and more here. “Deadline” is already making waves overseas as well, with deals including Australia, South Africa, The Middle East, Holland, Brazil and even China, one of the few US movies to sell there. Transcendent’s first film, “No Regrets” starring Janine Turner and Kate Jackson, has been a worldwide success, with repeated airings on HBO in Europe, Lifetime Television domestically, Hallmark in the U.K. and in dozens of other countries around the world. Next Transcendent co-produced “Two Weeks” starring two time Academy Award winner Sally Field, Ben Chaplin and Tom Cavanagh, with writer-director Steve Stockman. “Two Weeks” was released theatrically and on DVD by MGM. Transcendent produces the kind of inspiring, uplifting movies that speak to the viewer’s heart. Transcendent both develops its own properties and partners with other producers by providing crew, equipment and facilities.