A crowd of 100 turned into 25000? 3D sharks? Digital butterflies? A 500-foot-tall spaceship? An actor made 30 years younger? You name it, and this new IQer can make it happen. Meet Aksel Studsgarth, co-founder and owner of Ghost VFX in Copenhagen. 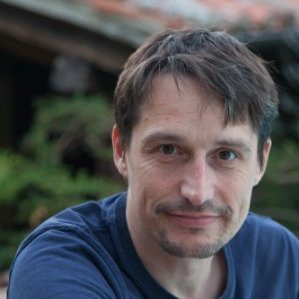 Founded in 1999, Ghost VFX does post-production, visual effects, and live-action for clients around the world. They have worked on feature films including Angelina Jolie’s Unbroken, Renny Harlin’s Hercules, Steven Spielberg’s Super 8, and Marc Forster’s Quantum of Solace, just to name a few. They also do extensive work for corporate projects and commercials for clients like Jimmy Kimmel, Pepsi, and Bacardi.

Aksel was first introduced to IQ by Klaus Schiang-Franck from Citizen Dane. “Klaus spoke very highly about IQ, and I liked the idea of being a part of an international network”.

Aksel studied industrial design and went on to work around the work in places like Los Angeles, London, and even Legoland, where he worked as a 3D Animation Artist.

For those of us who need to see to believe, below is an impressive sample reel of Ghost’s recent work. It includes the movie “Cowboys and Aliens” starring Harrison Ford and Daniel Craig, for which Aksel and his team completed more than 60 shots that involved everything from 3D spaceships, explosions, compositing, matte paintings, and hardcore tracking.