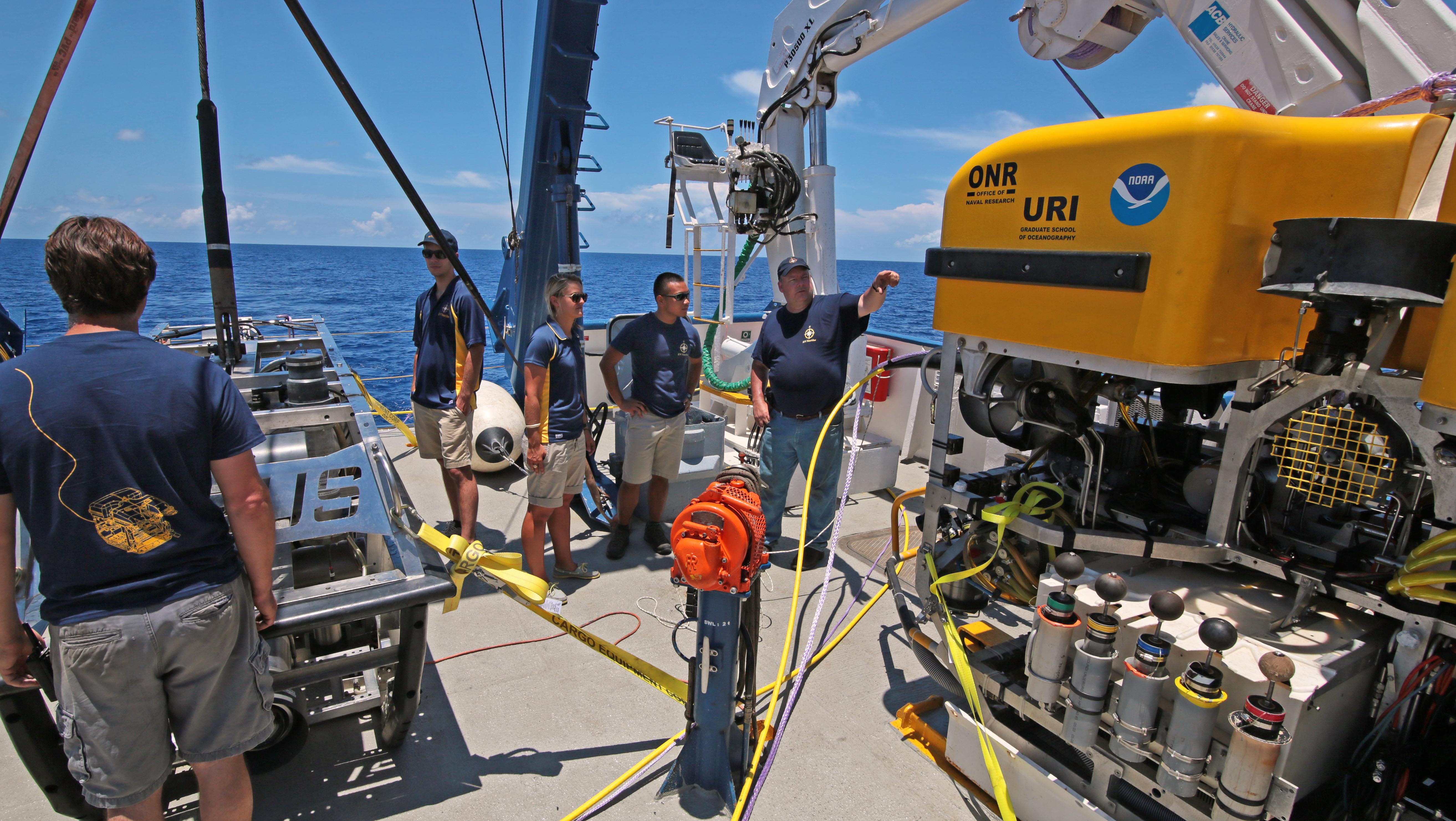 “I think the age of exploration is just beginning, not ending, on our planet.” -Robert Ballard

Our oceans cover over seventy percent of the earth’s surface. They provide a means of travel, are home to hundreds of species, and keep our environment in balance. However, ninety-five percent of the world’s oceans remain unexplored.

IQ member Scott Munro, using his background in corporate and instructional videos as well as live broadcasts, is now helping to lower that number through his work with Exploration Now. The project, based out of the University of Rhode Island’s Inner Space Center, takes satellite feeds captured from its own vessel, The Nautilus, as well as those from vessels of other research groups, and distributes them to museums, aquariums, schools, and Internet audiences around the world. These audiences can ask question, which scientists answer in real time.

Robert Ballard heads the Exploration Now team. His discoveries include hydrothermal vents, which proved that life can exist without solar energy, and the wreck of the Titanic. The production arm of the team only includes two experienced media professionals. The rest are graduate students from the Rhode Island Film School. Scott has enjoyed teaching, and learning alongside, these bright, young students.

Of course, working in the depths of the ocean poses its own set of challenges. The ocean can get rough, feeds can cut out, and vessels can lose power. The team at the Rhode Island hub is always ready to jump in. There are scientists available to answer questions, and there is a huge database of footage that the team can play back so that the feed doesn’t go dark.

Working on the project has been exciting, demanding work for Scott who seems to thrive on the challenge. Work is seven days a week, and, since May, he has only had five days off. He is very excited about the future of Exploration Now, and hopes to expand distribution globally. The team already works with a museum in Belfast and is negotiating with another in Singapore. In addition, with new technology, the team will be able to explore the deep ocean for longer periods of time. This means the ability to map new areas of the ocean floor. They will soon be broadcasting from Africa and covering cave excavations in Belize.

One of the most gratifying things for the Exploration Now team is seeing the impact that they have on children. A previous incarnation of the project brought live broadcasts of scientists to middle school classrooms. Some of the students reached by that project have gone on to work in their own labs. As Exploration Now expands its reach around the world, it expands its ability to inspire the children of today to carry on the work of exploring the oceans. Perhaps, one day, these students will be the ones leading Exploration Now.