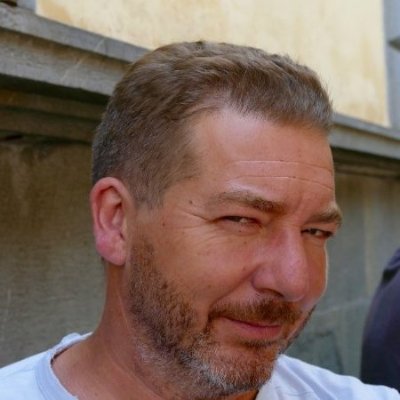 Our organization has a lot of things to look forward to in 2016, especially when it comes to welcoming new members to our expanding roster of seasoned film producers. This week, we introduce Eric Vandecasteele and Didier Clerens, owners/producers at Arizona Films in Belgium, who share everything from the film culture in Belgium to some recently produced projects. 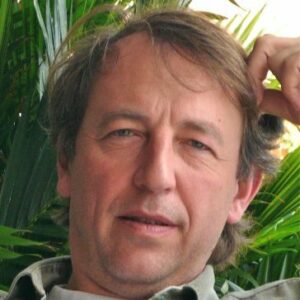 “The primary reason we joined IQ was to be able to share our professional experiences with a group of like-minded individuals in an open and trusting environment. We wanted to meet people who held the same passion for production, to be surprised, to discover talent, to learn other ways of doing things, and to bring our own humble experiences to the table. Not to mention the yearly conferences will give us the opportunity to do some fly fishing and play a round of golf or two!” (Image on left: Didier Clerens).

“You first have to watch ‘Belgium for Dummies‘ to understand how our country works. Belgium has quite a small market, but we have Brussels, which is very accessible both in terms of communication and location. It is often considered the capital of Europe in the sense that multiple languages are spoken there and it has a very culturally diverse population. It’s a relatively affordable city with numerous financial incentives for filming – many talented audiovisual technicians, an array of architecture styles, and many hotels and restaurants to accommodate film crews. Thanks to tax incentives, Belgian fiction cinema is being widely recognized across Europe. In 2015 there were a number of films shot in Brussels, including “The Danish Girl” by Tom Hooper, “Eternité” by Tran Anh Hung, “Un Petit Boulot” by Pascal Chaumeil, and “The Kaizer’s Last Kiss” by David Leveaux, to name a few.”

“Like in any country, we are faced with some challenges. There are a number of stand-alone companies that have limited budgets, and added with our struggling economy, it can sometimes result in mediocre projects. The practice of producing corporate films is not as popular as it is in France, while ads are produced mainly in the Flanders region. We do find ourselves frequently working with agencies in Luxembourg.” 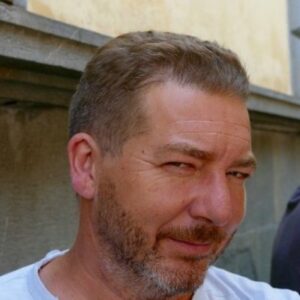 Tell us about Arizona Films. How has the company evolved over time?

“Arizona Films is a Brussels-based audiovisual production company. We have a 22-year track-record of producing both industrial and institutional projects (which is our core business), as well as advertising campaigns. We started out by producing fiction films and handling post-production, and eventually evolved to producing more corporate films and ads. We can offer everything from casting, location scouting, equipment, permits, post-production, etc.” (Image on right: Eric Vandecasteele).

Tell us about a recent project you produced.

“One of the most recent projects we completed is called “Solar Road” for our client, Colas. It was an interesting project – we didn’t have much information to begin with, but that allowed us to use our creative juices and put our imagination to work. The relationship with the client was a very collaborative one, and the film ended up winning “the grand prix” at the FIMBACTE festival in Paris and was presented at the Sustainable Innovation Forum in December 2015.”

“Another recently completed project was for the new train museum in Belgium, where we produced all the audiovisual components. The scenography was done by François Schuiten, a famous Belgian cartoon illustrator. It was a 2-year project that consisted of over 64 films and 34,000 digitized and archived maps with a very limited budget. We also produced a film “Le Futur du Train” (The Future of the Train), which was projected on a 10m by 1.8m screen.”

“We look forward to meeting all our fellow IQ members!”